Copyswede, as representative of Sweden’s creator organisations, and the Consumer Electronics Association (Elektronikbranschen) have concluded a new sector agreement to regulate how the Swedish system for private copying levies (PCL) should be applied. This means that levies can start to be collected and benefit the right holders. 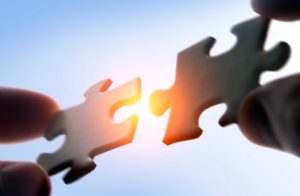 The sector agreement includes a number of improvements and clear rules, where the parties have agreed on, among other things, new compensation levels for products such as computers, tablets and mobiles – from January 2009 for mobiles and from September 2013 for other products. This means that the debt accruing to creators now can be paid.

“It is very pleasing to now have consensus with the electronics sector. This compensation is important for the long-term and sustainable creation of culture. This is particularly noticeable at a time when creators in Sweden and globally are having a particularly difficult time, with cancelled performances, concerts and productions,” explains Mattias Åkerlind, CEO of Copyswede.

For stakeholders in the electronics sector, this new sector agreement will primarily mean that the system for private copying levies will be clear, simple and predictable. Importers and resellers that had previously abstained from reporting and paying for various reasons now have the opportunity to do so.

The Swedish Government recently commissioned an Inquiry for the purpose of modernising the PCL system, a step welcomed by both stakeholders in the electronics industry and Copyswede.

“This Inquiry will ensure that creators receive the compensation to which they are entitled in an efficient way when their work is copied for private use. This is welcome, particularly as the range of new technology and digital services for how we copy film, music, television and other material protected by copyright continues to increase,” adds Mattias Åkerlind, CEO of Copyswede.

The agreement between Copyswede and the Consumer Electronics Association is structured to function until a new system is ready to be implemented.

Information about how this applies to companies that are to report and pay is available here.

Those involved in producing film, music, television and other culture are entitled to decide how their works can be disseminated according to copyright. If there were no right to private copying, all copying of film, television and music would be unlawful for anyone other than the rightholder.

According to an EU directive, Member States can restrict the rightholders’ exclusive rights by permitting private copying; i.e. permitting copying for themselves, their family or friends for private use. This may be done subject to the precondition that the rightholders are compensated. This is catered for in Sweden through the provisions on private copying levies contained in the Copyright Act.

Consequently you can, for example, download music files onto your computer or smartphone, save your favourite programmes onto your set-top box, make offline lists in streaming services on your tablet and download pods onto your mobile phone. Private copying is completely legal and should not be confused with unlawful pirate copying.

Facts about the ongoing PCL Inquiry

The intention after the PCL system was launched was to evaluate and investigate how it is working after a period of time. However, this has been delayed. Copyswede and the industry have held different views over the years regarding what actually applied, and the journey has been marred by legal disputes.

The Riksdag (Swedish Parliament) has now mandated the Government to review the PCL compensation system and an Inquiry was commissioned on 20 August 2020. A review of factors such as the system’s design, the parties’ responsibilities and how any government involvement might be structured will be central to the Inquiry. The Inquiry should be completed by no later than February 2022.

Link here for the Committee’s Terms of Reference issued by the Ministry of Justice.